With the death of David Bowie I did a little bit of reminiscing about his influence on hair fashions as well as clothes.

My youth was happily filled with the sounds of his inspirational music. As well as the visual kaleidoscope of the clothes and haircuts people would be wearing as they went to his live concerts.

In fact my early experience in the hairdressing profession in London.

Was one of clients both male and female coming into the salon sitting in the chair and requesting a haircut like Ziggy Stardust. Looking back now I realise how much Bowie was out there and a hero and inspiration to many people who felt different.

His flamboyant outfits and experimental hairstyles revolutionised fashion by setting trends for both men and women.

It was only after moving to Asia later in my life.

I realised how much Japanese theatre and manga comics had an influence on David’s thinking.

David Bowie’s hairstyles and clothes designs were always changing with each new character he assumed.

From the outlandish he would then flip to to a style that was dapper and debonair.

His hair looks were always at the front of fashion dictating the way men and women on the street styled their hair.

Today I will reminisce with what I think are some of David Bowie’s most influential hair looks.

David Bowie took the music and fashion scene by storm when he invented and unveiled the androgynous Ziggy Stardust.

Which happened to be just a short while after homosexuality had become legal in Britain.

Rock alien Ziggy Stardust was sexually ambiguous but desirable to both male and female.

Ziggy came with shaved eyebrows make up and a bright orange mullet haircut.

The orange mullet hair style was a look that was copied by both men and women and in varying degrees of hair length.

With colors ranging from black to orange and white blonde. David Bowie’s spiky mullet was a very popular street look. 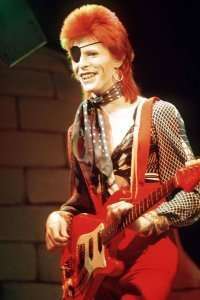 Moving away from the glam look David Bowie took on a new persona as the Thin White Duke.

When living in New York and at the height of his drug use.

The thin white duke’s dress was an impeccable cabaret style.

The image of a plain white shirt, waistcoat and dark trousers with the hair slicked back and flat was very dandy.

This look was used as the cover on one of his best albums LOW. A very commercial sound on the Let’s Dance album.

Which produced a couple of hits among them the fairly controversial China Girl single.

Bowie sported the real look of the 80’s.

A half mullet haircut that was feathered so as to create a big fluffy full hair look . It was at Glastonbury rock festival in 2000 that Bowie wowed his audience and showed he was always ahead of the curve.

Wearing his hair long in a beach wave look which has been popular with men and women to this day. On his final tour Bowie once again changed his persona by incorporating street style into stage wear.

So complimenting the grunge rock era of the time.

His hairstyle flopping in a messy waxed unkempt look. David Bowie was a very talented man who had an influence over many people’s youth be it by his music, clothes or hairstyles he wore. May he rest in peace. 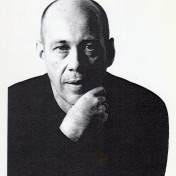